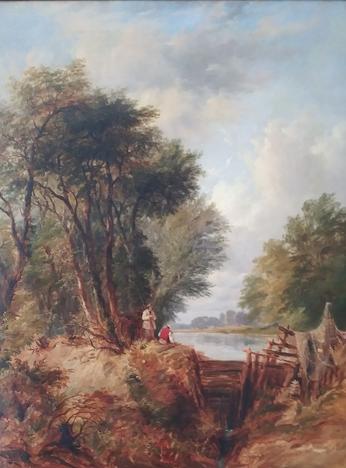 Fishing by the Weir

Edmund Johann Niemann painted landscapes and marine paintings.  Among his favorite subjects were angling scenes along the River Thames near London and the River Swale near Richmond in Yorkshire.  He settled in High Wycombe northwest of London and primarily painted en plein air.  He exhibited at The Royal Academy, the British Institution and the Society of British Artists.  His son Edward H. Niemann followed in his footsteps and closely imitated his style.  This is an outstanding example of the senior Niemann's work.