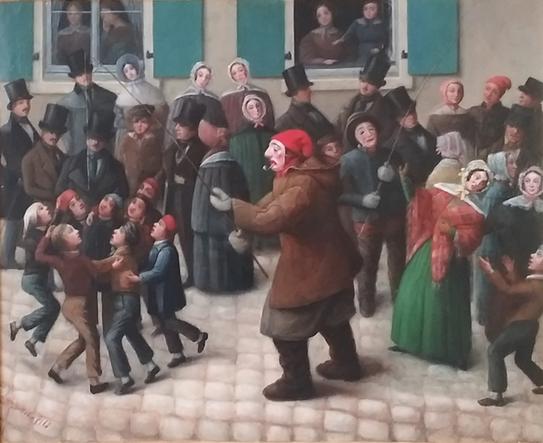 In the early middle ages the followers of the Catholic religion in Italy began the tradition of holding a wild masquerade festival just before the Lenten period.  Catholics are not supposed to eat meat during Lent, so the festival became known as Carnavale which means "to put away the meat."  Meat-eating, not to mention other forbidden practices would be indulged to excess in apprehension of the coming abstinence.  The practice was popular as one might imagine and quickly spread to France, Spain and all the other catholic countries in Europe.