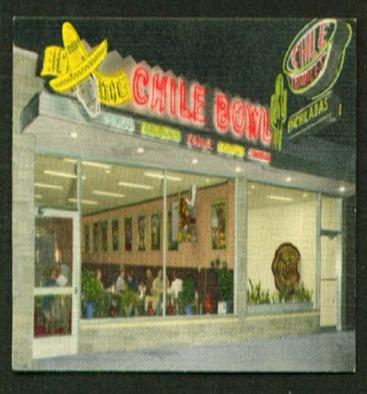 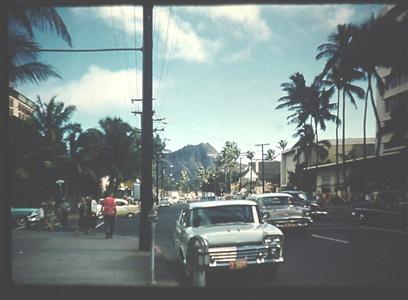 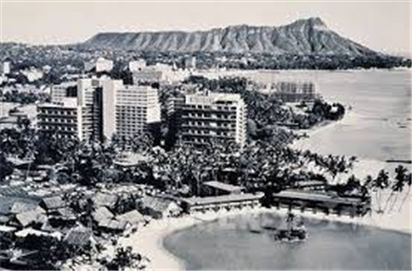 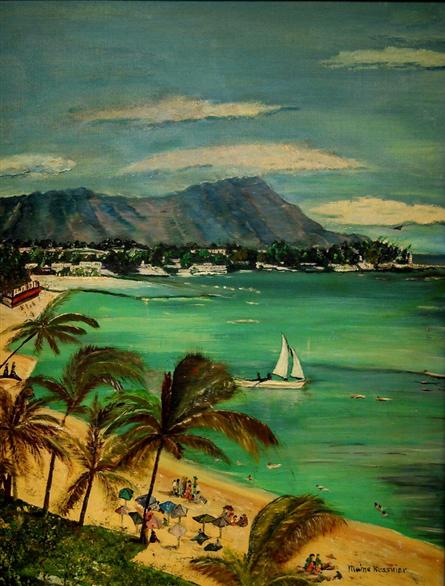 In 1960, just months after becoming the 50th state in the union, Hawaii was hit by a tsunami caused by the Great Chilean Eathquake, the strongest earthquake in recorded history.  While Hilo, on the Big Island, was hit first and hardest, all the islands were affected.  Seven months later Frank Ressnier, a Lousville, Kentucky restaurateur and his wife Maine were vacationing in Honolulu.  The Ressniers owned The Chile Bowl, which has been said to be the first Tex-Mex style restaurant in Louisville.  I grew up in Kentucky in the 1960's and I can testify that "ethnic" restaurants were indeed a rarity.

The Ressniers were hard working people who lived in a middle class neighborhood called the Highlands which was near their place of business.  Travelling to the Hawaiian Islands was a much bigger deal back then so this must have been a special time for them. Maine was a devoted painter and I find her representation of the most popular vacation spot in the world telling.  Where are the crowds?  Maine's lovely painting bears silent witness to the fact that the area had not yet recovered economically from the impact of the storm while at the same time reminding us of the enduring beauty of this magical place.