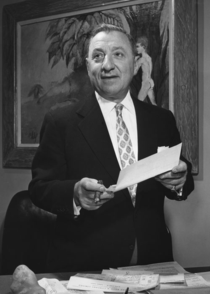 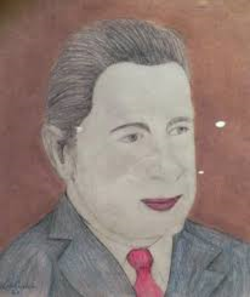 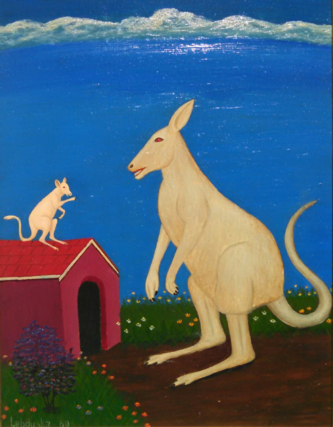 Born in Baltimore, Maryland to a Bohemian family, Lawrence Lebduska learned art related crafts at the age of five on a return trip to Bohemia.  He was educated in Leipzig where he learned the stained glass craft.  At the age of 18 he returned to the United States and his first job was with Elsie de Wolfe for whom he did wall decorations.

In 1912, he began decorative mural painting and painting on canvas for pleasure.  Although he had no formal art training, his fanciful animal scenes, portraits and pseudo-historical themes, had bold colors and subjects resembling Fauvre or French experimental painting. His work made quite an impression in the 1930s and is credited for inspiring Abby Aldrich Rockefeller to assemble her collection of folk art.
During the 1940s, he was largely forgotten, with the public preoccupied with the onset of World War II, his career "skidded to the point where he was reduced to living in vermin-infested backrooms in Greenwich Village and the Bowery;" ill and an alcoholic. He would trade his paintings for beer and cigarettes.  Occasionally he would travel uptown to dealers who used to compete for his work.
In the 1960s, a Long Island dealer, Eva Lee, was fascinated by one of his vividly colored still lifes of flowers and set out on a search for the artist.  She found him confined to a bed in a cheap attic room.  She obtained medical care, took him home to Douglastown, Long Island, took care of him and helped him recover from alcoholism.  As a result he regained his health and began to paint again producing dozens of canvases. As a result he was given his first one-man show in twenty years at the Krasner Gallery.
Lebduska died in 1966 at the age of 70, leaving behind a large collection of his work.
Source:  Michael David Zellman, 300 Years of American Art