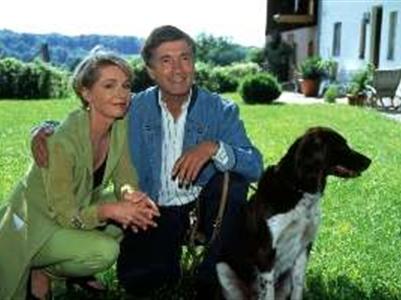 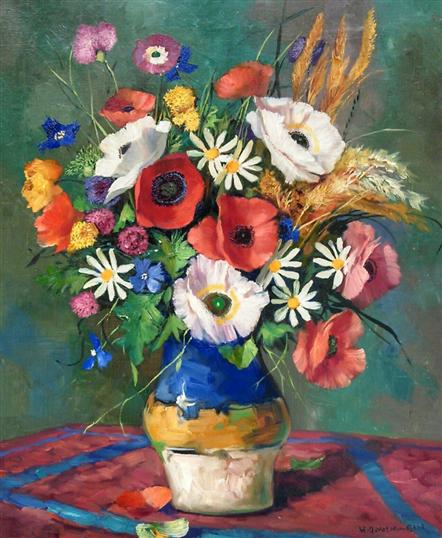 Bavarian artist Helmuth Volkwein was born in Munich in 1920.  He studied there at the Academy of Graphic Arts and later with the artists Albert Fessler and Oswald Malura. Volkwein would later enjoy much more success than his teachers.  He settled in the small hamlet of Tauting in Eglfinger and lived there for about forty years with his wife Lisalotte in a converted farmhouse where he kept a studio on the first floor.  He became quite involved in the local political affairs.  He served for sixteen years as the chairman of the National Association of Visual Artists and from 1980 to 1986 was a member of the Bavarian Senate. As State Chairman he contributed to the passage of the Artists Insurance Act which provided pensions for retired freelance artists.

Volkwein was a prolific painter of floral still life and gained renown in his native Germany, and in Italy, Canada and the United States.

This beautiful example of his finest work was imported in the 1960's by the Ralph G. Reichert Fine Arts Gallery in Peoria, Illinois.