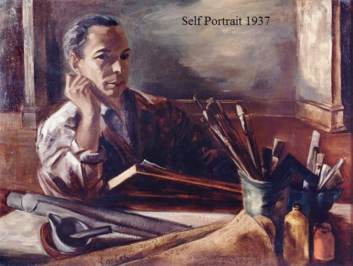 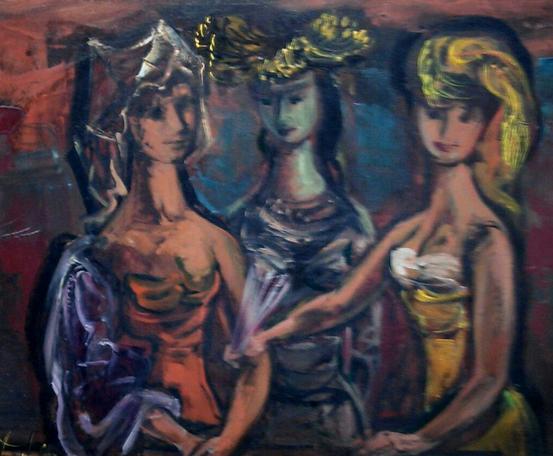 Born at the turn of the twentieth century in Lwow Poland, Frederic Taubes fled his native land with his family at the beginning of the Great War.  He began studying art as a teenager at the Imperial Museum and Academy of Art in Vienna.  At war's end he studied at the Academy of Fine Art in Munich.  Then, turning his back on the rigid traditionalism of academic art he attended the Bauhaus school in Weimar in 1920.  For a while Taubes dabbled in the various avant-garde styles of the early twentieth century, but after moving to New York in 1930, he established himself as a portrait and figural painter of significant renown, painting some of the luminaries of the day such as Claire Booth Luce and Mrs. William Randolph Hearst.

​      Taubes was very successful both as a painter and a writer, penning 40 books on art history, criticism, and technique.  It has been said that he was given more one-man shows at museums than any other living artist in history.  His work was shown in many commercial galleries as well and is still represented in an astonishing number of public collections.  He was totally immersed in art and even purveyed a successful line of artist's supplies which, along with his art books made him very well known and respected among emerging artists of the mid-twentieth century.

Taubes leaves behind a rich legacy of creative and academic prowess.  This work is an excellent example of his mid-life style as his later work became much more loose and sketch-like.

The Museum of the South, Mobile, AL