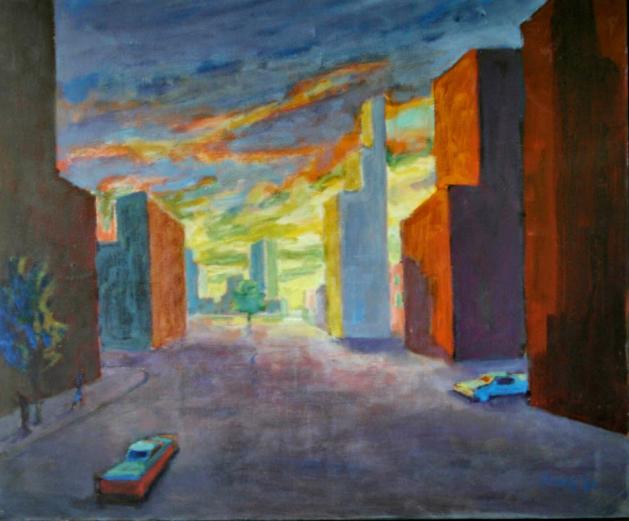 Hope and Despair in the City

Eugenia Rhoads was a brilliant art educator as well as an accomplished artist and socio-cultural promoter.  She grew up in rural Tennessee and received a  progressive education and was exposed to many cultural opportunities thanks to her extraordinary mother.  She later studied art at Columbia University.

She exhibited often in and around the city of Wilmington, DE where she made her home and kept her studio and also at The National Academy of Design in New York and the Smithsonian Institute in Washington, DC.   She was involved with several of the local museums and exerted great influence on the art community in Wilmington.  The April 2002 edition of American Art Review discusses her work in an article on Delaware Women Artists.  She is listed in Falks:  Who was Who in American Art, and Mallets:  Index of Artists.