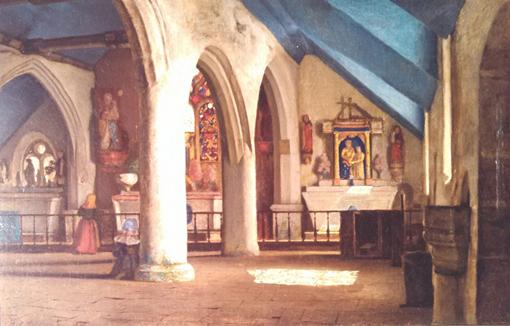 Charles Bridgman was born in Tuskegee, Alabama but his family moved north before war broke out between the states.  His professional career was spent mostly in Brooklyn, NY, Paris, France, and New Orleans, La.  He frequently exhibited at the Brooklyn Art Association, The National Academy of Design in New York, The Boston Art Club, and The Pennsylvania Academy of Fine Arts in Philadelphia.

​   H occasionally painted marines but his passion was for the portrayal of the people of Brittainy, Paris and New Orleans.  Today his work is represented in the Columbus Museum in Georgia.