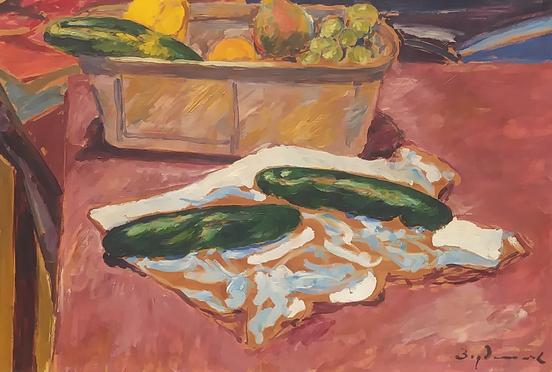 Serbian born Borislav Bogdanovich moved to American in the late 1930's and began exhibiting shortly after at such venues as The Whitney Museum, The Chicago Art Institute, and the Corcoran Gallery. Although he painted various subjects, still life was his favorite genre and his most consistent. Most of his works are in private collections.