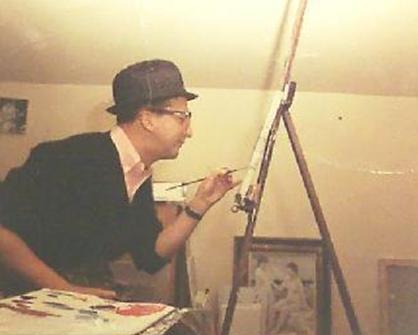 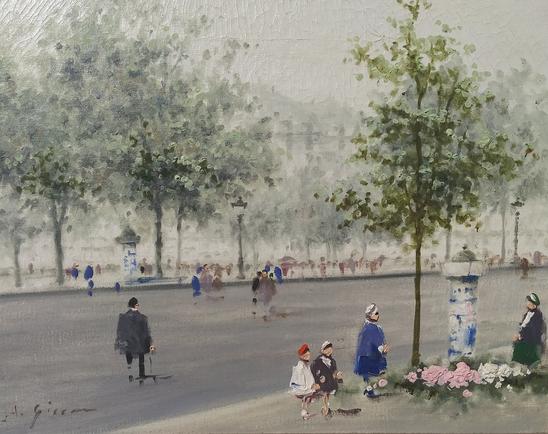 The saga of the starving artist struggling to gain fame is a familiar one.  Even artists that are already famous cannot resist cheap tricks to garner attention.  Musicians expose body parts, actresses get caught shoplifting or crash their cars while drunk.  Painters burn their work or cut off body parts.  Andre Gisson was not so extreme but he knew he needed a boost so he "Frenched" himself up changing his name from Anders Gittleson to a more fashionable and marketable moniker that linked him more closely to original impressionist painters.  It is also said that he pretended to be older to further associate himself with the form's genesis.

Impressionism (a term which was intended to be disparaging when it was first used by art critic Louis Leroy in panning Monet's work Impression: Sunrise) made a huge commotion when it hit the Paris art scene in 1874.  Once it was accepted as real art it gained a popularity that has never waned.  Many art patrons prefer the soft light of the style over the hard edge of traditional representational art that most people call realism.

​     Gittleson was born in Brooklyn in 1921, studied at Pratt and served as a captain in the army during World War II.  For most of his later life he lived in Connecticut but he traveled all over the world painting and exhibiting.  He is best know for his light-filled scenes of Paris.