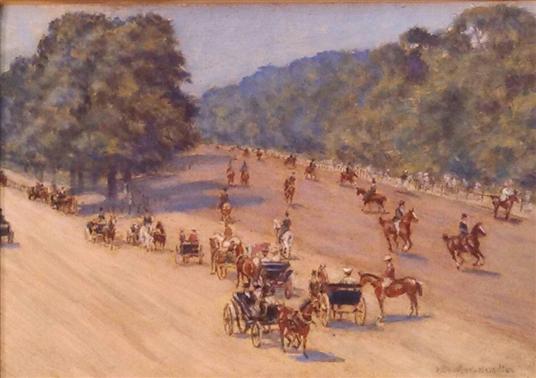 Douglas-Hamilton was an Engish portraitist and equestrian painter.  He illustrated for various riding publications including Rider and Driver in New York whose publisher, Samuel Walter Taylor, he sketched as a handsome young soldier.  He received a number of commissions for the portraits of English dignitaries but his main interest was horse paintings.  Many of his works are of thoroghbread races and village coaching scenes.